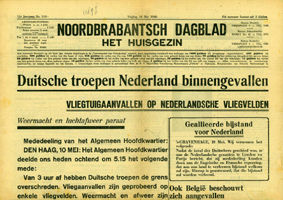 In 1933 Adolf Hitler came to power in Germany. He ruled like a dictator and wanted to conquer all of Europe. On May 10, 1940, the German army invaded the Netherlands. To break the resistance of the Netherlands, Rotterdam was bombed. The Dutch army capitulated on May 15. The Dutch government and Queen Wilhelmina fled to England.
The Netherlands was occupied. Slowly but surely, all freedoms were curtailed. The newspapers were censored. Radios had to be turned in. Dutch men were forced to work in Germany to replace men who had to fight in the German army. There was great poverty. Much food was claimed by the German army. The army also needed a lot of other resources, like metals. There was a lack of everything. 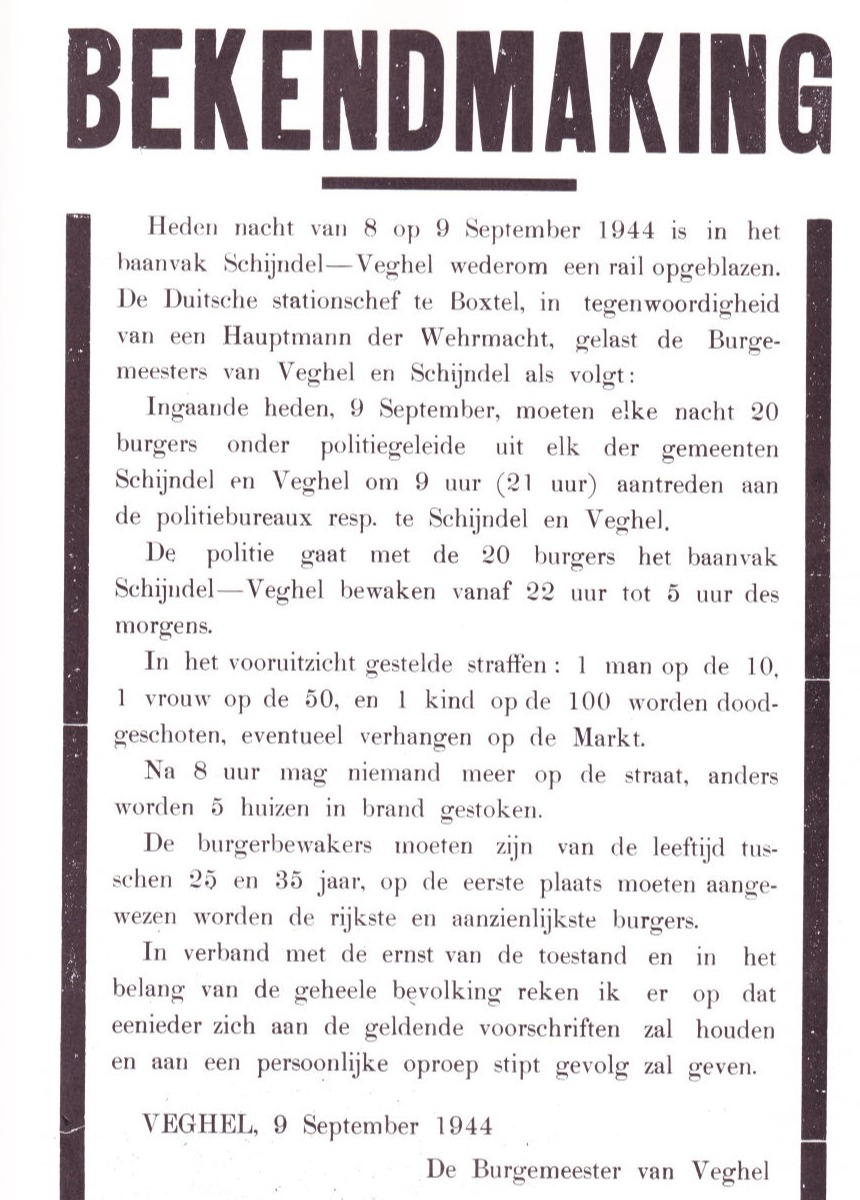 People of Jewish descent, as well as gypsies and homosexuals, were persecuted. Their freedoms were taken away. Jews had to wear a "Star of David", were not allowed to visit  places like parks and theaters and were eventually arrested en masse and murdered.
More than 100,000 Dutch Jews did not survive the Holocaust.
In February 1941 there was a strike in Amsterdam as a protest against the persecution of the Jews. After that, there were no more major protest action.
Some Dutch accepted the situation as it was and worked together with the Germans. But there were also (groups of) people who resisted. Resistance came in all forms, such as people going into hiding when they were called to work in Germany. In Eerde about 25 people in hiding found a safe hiding place, staying in the homes of ordinary people who took a great risk.
There was also active resistance, such as printing illegal food stamps and newspapers or sabotaging railway lines. Resistance fighters did this at the risk of their own lives. Many of them were arrested and killed by the Germans.