On this page you will meet some of our liberators. They were all young and strong men in 1944, well trained and ready to fight. Some of them lost their live in Eerde. Others survived the war and many of them later visited Eerde. You can learn more about these and other liberators at the Geronimo museum in the windmill. 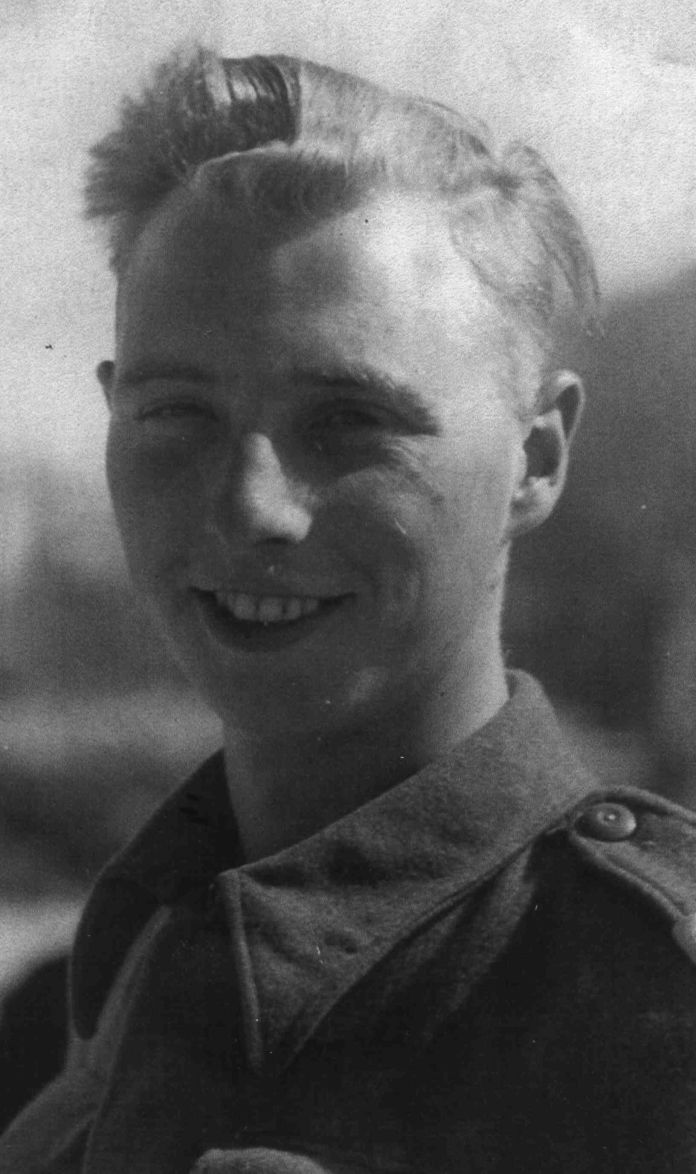 Gilbert Leslie Astin was born in Manchester, England, on December 26, 1922. His father was a dentist, his mother was a former dancer with the famous Tiller Girls.
When Gilbert was 5 years old, the family moved to the village of Marple, where he spent his further childhood. When he was 19 years old, he joined the army and became a tank driver. Gilbert fought in Egypt and Italy, before taking part in the Normandy invasion in June 1944.
His tank regiment advanced rapidly through France and Belgium. During Operation Market Garden the 44th tank regiment was assigned to the 101st Airborne Division.
On September 24, 1944, during the heaviest fighting Eerde has known, Gilbert's Sherman tank stood between the windmill and the miller's house. It got a direct hit from a German tank. Gilbert died in his driver's seat, aged 21. He is buried in the cemetery in Eerde along with his comrades in arms James Hardy, Jasper Jones, Roy Hooper and Frank Stacey.
In 2006, a booklet about Gilbert Astin's life was released. 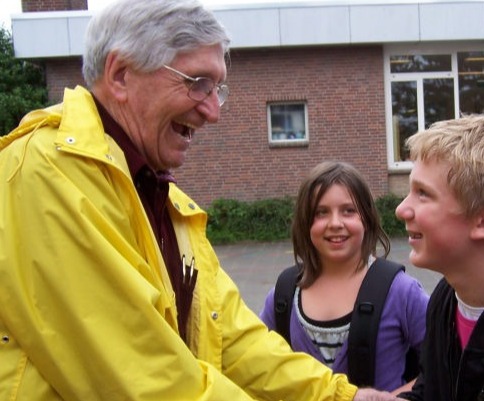 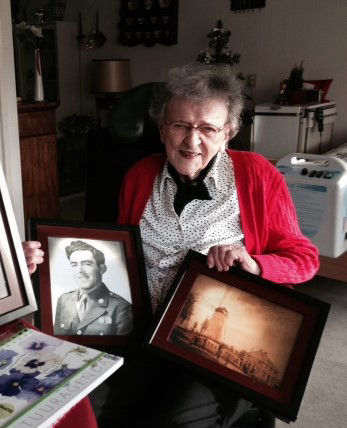 In the short time he was in Veghel, Private Joseph Garrity often stayed with the van Haaren family in the Hoogstraat, where he and his friends enjoyed the cosiness at the kitchen table and at the piano. For the 18-year-old daughter Jane van Haaren, the soldiers wrote their names on a piece of parachute fabric. Jane embroidered over it so that the names would be legible forever.
The grief was enormous when on September 23, 1944 the news came that Joseph Garrity had been killed in a fight at the railway bridge over the Zuid Willemsvaart Canal. He was buried at the temporary American cemetery in Son. Jane often visited Joe's grave and planted fresh flowers there. She also wrote letters to Joseph's parents in Philadelphia. Those letters have always been preserved and prompted cousin Joe Garrity and his wife Eileen to visit the Netherlands in 2013.
With the help of the Airborne Committee Eerde, contact was made with Jane, who was fortunately still in good health. When Joe and Eileen entered Jane's house, they were surprised by the photo of Joseph on the wall. On the table was the piece of parachute cloth with the names of the liberators. Jane has never been married; apparently Private Joseph Garrity had been the man in her life. Read about this visit in the Philadelphia Inquirer.
Joseph Garrity is buried in the American Field of Honor in Magraten. 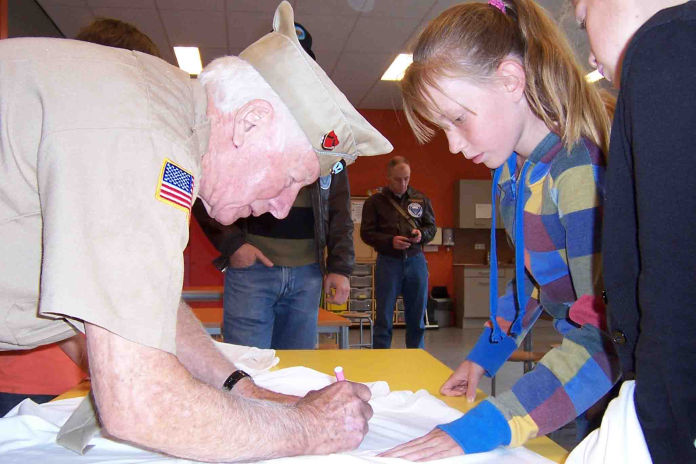 Ray Nagell grew up in Minneapolis as third of nine children.
His father had told him horific stories about his service in the first World War, so he wasn't very enthousiastic about joining the Army. However, he was drafted and ended up in the 321st Glider Field Artillery Battalion of the 101st Airborne Division. He barely survived the Normandy invasion, being on a sinking ship that had hit a mine. After 30 days of pushing the Germans back in Normandy, Ray's unit went back to England to await their next mission. This would be Operation Market Garden. Again Ray and his comrades escaped an early death. While in their glider, they saw their towing rope being crossed with the rope of another glider. Just in time, the pilots of the towing C-47s saw what was going on and moved away form each other. Ray was involved in many actions along the corridor to Arnhem as well as at Bastogne and later on in Germany and Austria.
When he returned home from the war, Ray worked in machine shops and as a plumbing inspector. After his retirement, he found time to visit Europe again. For many years his wife Helen and Ray came over in September. Eerde was their favorite place, they used to say and a visit to the school children was never skipped. Ray passed away in 2016. 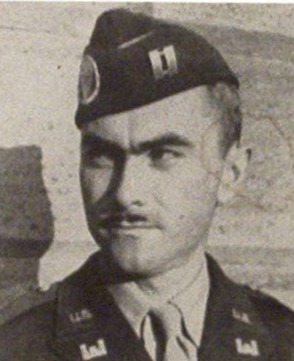 Captain Thomas Norwood served in the 326th Engineer Battalion of the 101st Airborne Division. He was born February 4, 1918 in Macune, Texas and spent most of his childhood in San Augustine, Texas. Thomas received his military training at the famous West Point Military Academy where he would also meet his wife Ruby Joiner. After West Point, he attended Engineer School in Virginia and received training in Texas with the 39th Engineer Regiment. He then went to the Paratrooper School at Fort Benning, where he was prepared for his service in the 101st Airborne Division. Thomas took part in the Normandy Invasion as leader of B Company of the 326th Engineer Battalion. After the fighting in Normandy, the Battalion came to the Netherlands and took part in Operation Market Garden in support to the 501st PIR. In Veghel, Norwood and his engineers would build an extra bridge next to the bridge over the Zuid Willemsvaart. He was helped in this by mr. Oomen, teacher at the local craft school.
Shortly after the bridge's completion, Norwood was seriously injured while leading a patrol heading towards Eerde. He died of his injuries during the transport to Brussels. Thomas was buried in the Henri Chapelle American cemetery in Belgium. After the war, the Norwood and Oomen families continued to write letters to each other for years. In 2020 the Airborne Committee received a large number of photos and documentation, including a diary written by Mr. Oomen himself. These items were donated by Wim and Joep Oomen, son and grandson of master Oomen, and are now part of the collection of the Geronimo museum in Eerde. 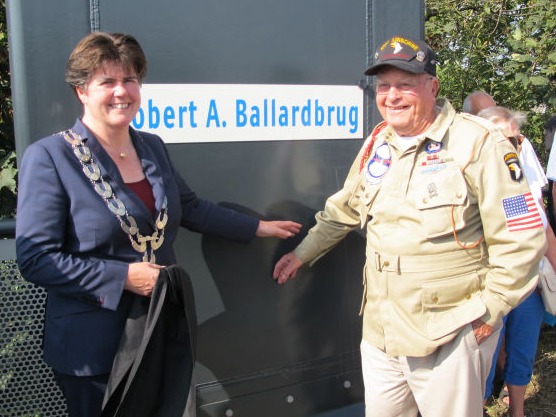 John was born in 1924  in North Cambridge, Massachusetts, Which is now a part of the city of Boston. When the Japanese had attacked the naval base at Pearl Harbor on December 7th 1941, he couldn't wait to get into the Army. But John had to wait until July of 1943 before he cold enlist. He volunteered to be a paratrooper and became a member of the wire section of the 501st Parachute Infantry Regiment. His job was to set up and maintain telephone communication between the Regimental Head Quarters and the units at the frontline. It was a dangerous job. Many times John had to repair broken wires while German bullets were flying around.
The moment John landed on Dutch soil on September 17th, 1944, he passed out from illness and was covered by his parachute. When he regained consciousness, his unit had already left for Veghel. John was found by a Dutch farmer who took him to the farmhouse where he was living with his sister. She gave him a glass of milk which settled his stomach. John was ready to head for Veghel, which was a five mile walk.
The first time that John returned to Holland was in 1986. He managed to find the farmhouse and it appeared that the woman who gave him the glass of milk was still living there. This was the beginning of a extraordinary friendship which ended when Tonia died in October 2000. John immediately booked a plane and attended her funeral.
John came over to the Netherlands more than 25 times. He loved visiting Eerde and tell his stories to the school children. In 2011 he opened the restored windmill in Eerde, together with Bobby Hunter. 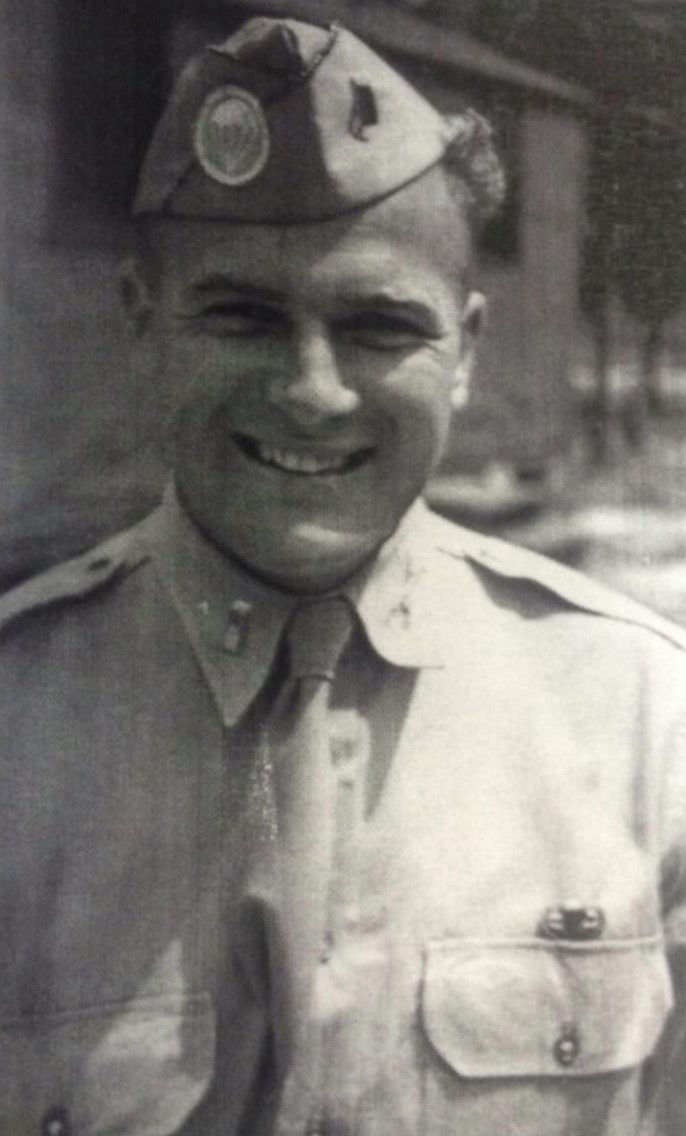 Robert Schorsch was born in Illinois on December 2, 1917, from the marriage of Albert and Elizabeth Schorsch. As the oldest in the family, he grew up with two brothers and five sisters. Robert joined the Army on July 14, 1942, where he chose to become a paratrooper. During that period he also married his Donna.
Robert had his first combat experience in the Normandy invasion. He was awarded the Silver Star for his heroic performance and leadership.
A few months later he took part in Operation Market Garden. The fierce fighting in Eerde on September 24, 1944 became fatal to him. As a captain in the 501 PIR he was responsible for the supply of ammunition. When he and his men were unloading a truck load of ammunition at a farm house just outside Eerde, they got a direct hit from a German tank, which was set up at the railway station. Robert and all of his men were killed or badly wounded. Robert Schorsch died in the arms of his good friend Captain Ian Hamilton.
The memory of Robert is still very much alive in the Schorsch family. Over the years, several family members have visited Castle Heeswijk, where Robert landed on September 17, 1944, followed his footsteps through Veghel and to the farm house in Eerde where he eventually died. Robert's remains were transferred to Saint Joseph Cemetery in River Grove, Illinois in 1949. 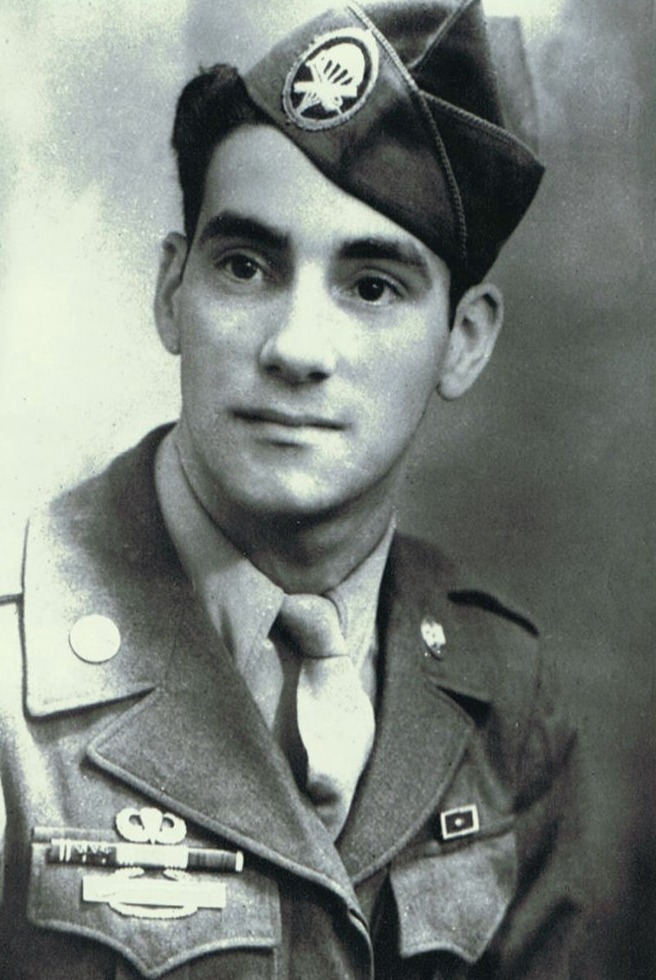 Vincent was born on March 23, 1925 and grew up in Manhattan, New York, in a family of Italian origin. When he was 18 he enlisted to join the army and finally on November 15, 1943 he was officially in the army. After training as an infantryman with the 87th Infantry Division, Vincent volunteered as a parachutist. After his training he entered the third battalion 501st PIR of the 101st Airborne Division. As one of the “replacements” he fought as a machine gunner in the heavy battle around the Belgian city of Bastogne where he would later become known for his “Beer story”. Later, he saw the horrors of the Holocaust in the liberation of Dachau concentration camp and was one of the many men who managed to reach Berchtesgaden.
Vincent Speranza has visited the commemoration in Eerde frequently in recent years to honor his fallen comrades, and he also likes to visit the adoption class. Thanks to his past as a teacher after the war, this provides very nice moments.
Vincent wrote a book about his life entitled "NUTS".
See also the video page on this website.